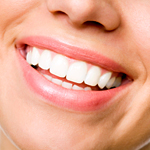 You’ve got really two different types of veneers for the most part. One is a prepless (no preparation) veneer, or in some cases people like to refer to them as Lumineers, which is really just a marketing term. It’s not a particular type of porcelain, or it’s not a particular, different type of veneer. It’s just a porcelain facing on the tooth, just as a traditional veneer would be.

When patients come to me asking for Lumineers, they just heard it maybe on the radio or maybe their friend spoke to them about it. The prepless veneers, prepless means you’re not actually touching the tooth in any way with a drill. Then, traditional veneers, is when you have to remove a certain amount of enamel from the tooth in order to provide space for the porcelain veneer.

What makes sense is to remove enough tooth structure or enamel that would allow for when you go to add the veneer, that it still maintains, generally, the same dimensions, so it doesn’t look like horse teeth or really bulky teeth. That’s really important for me to explain to my patients when they think that you’re damaging your teeth by removing some of the enamel, which is not an issue. It’s a non-issue, and it’s really critical.

If they’re asking to have very specific results, it’s got to be clear that some enamel will have to be removed in order to place a porcelain veneer. The veneer itself has dimensions, and if you add something to something that already has a certain dimension you just don’t want to add something to it arbitrarily without really analyzing the current dimensions of the tooth.