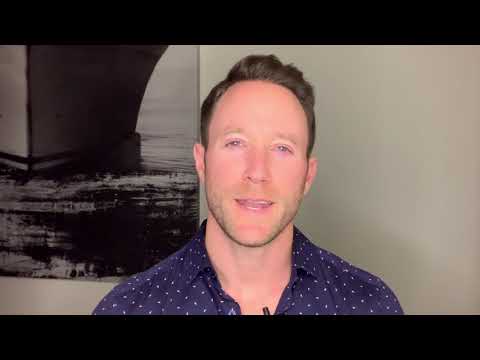 What are the benefits to Invisalign?

This question I get asked often. Invisalign for those people who don’t want sharp metal in their mouth, Invisalign’s a much better option. It’s far less detectable of course than the traditional metal braces, but in some cases, you wouldn’t know that your friend or a family member has it. In addition to that, of course hygiene is obviously much, much easier to maintain. You can remove the retainers in order to brush the teeth as you normally would, whereas with traditional braces there’s a lot of areas that you’re just not going to be able to get to because there’s brackets and metal wires in the mouth.

What are some disadvantages to having Invisalign?

There are some complex cases that Invisalign just really isn’t suited to do. In these instances, you’d want the traditional metal braces. They just have a little bit more workability, so there’s certainly some limitations as far as how much the teeth can reposition. In addition, of course there’s always the potential for losing your Invisalign aligners, which is not really a huge deal, but you may end up losing a week off the treatment because that’s about the amount of time that it takes to order a new set and have it shipped from Invisalign.

What is the typical timeline for Invisalign?

Look. I’ve done cases that took three months, and then of course other cases that’ll take as much as three to four years. So, it really depends on the complexity or simplicity of the case.

How much does Invisalign cost?

Typically, you’ll find a range anywhere between $4,000 and $8,000. I know that’s a big range, but what’s most important is to find out or clarify with your dentist what’s really included with the Invisalign. Sometimes you’ll get really excited because you go to a dentist and you find that it’s $4,000 for the treatment, but then later you find out that there’s a $500 charge for a records fee, and then an additional $500 charge for the retainers at the end of treatment. Now, all of a sudden it goes from $4,000 to $5,000 really quickly.

What kind of maintenance is involved with Invisalign?

Look. You’re really only going to have each aligner in for two weeks at a time. There’s not a whole lot of maintenance that’s involved, but of course when you’re brushing your teeth in the morning and at night or even if you’re out to lunch, maybe pack a toothbrush in your purse or put it in your pocket, whatever the case may be. Go to the restroom. Take the aligners out. Brush the aligners. Also, brush your teeth, then put the aligners back in, but look. I mean, at the end of two weeks, how dirty or smelly could they really get? It’s not that much of a big deal. I really don’t find that patients have a challenge here.

Also, you’re going to want to try to keep them out of reach of any dogs. If you have pets, they’ll get into it really quickly. They’ll smell the aligners and they’ll chew them up, and then you’re on the phone ordering a new set. So, be careful there.

What does the procedure consist of?

On day one, you’re going to come to the office and we’ll take impressions of the top teeth and the bottom teeth, and a series of photos. After that, three weeks possibly a month later, you’ll return to the office. At this point, the doctors received the case back from Invisalign and he’ll deliver this first set of aligners and bond these attachments to specific teeth. The attachments are important because it really better enables the aligners to grab hold of the teeth and reposition them. They’re most often not even detectable. They’re going to match the same color as your teeth, so you’re really not even going to notice it. You’re not going to see them. You might feel them.

Beyond this, you’ll leave most likely with set number two and three. So, you’ll be wearing set number one. You’ll leave with set number two and three, and you’ll return in six weeks. Why is it six weeks? Well, you’ve got three aligners and each aligner you wear for two weeks at a time. Of course, the most important thing is you have to wear the aligners day and night. All day long and all night long. The only time in which you’re taking them out is when you’re brushing and flossing, and when you’re eating.