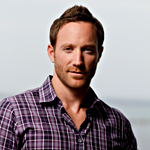 When I graduated from high school, I attended Florida State University. I knew I was going to live my life in Florida. I knew that at a young age, when I started visiting my uncle here. For me, just to get my foot in the door, I knew I needed to get residency in the state of Florida. The first step to that was just to become a student and then get a job here in the state of Florida.

I attended Florida State University from 1999 to 2003 where I was presented with membership in the National Collegiate Scholars Association. While I was at Florida State, I had multiple jobs in order to help pay for tuition, and also to claim residency. During this time I volunteered to assist Dr Travis Goss D.D.S. where I observed numerous dental procedures and learned basic dental terminology, equipment, and technology, giving me real world knowledge of the practice of the dentist. Then, when I graduated with a B.S. in Biological Sciences and a minor in Chemistry at Florida State, I was admitted to Nova Southeastern University in Fort Lauderdale, Florida in 2004. 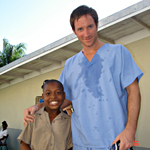 I attended Nova Southeastern University from 2004 to 2008 and graduated in the top 20% of my class with a 90% average. I was admitted into the Omicron Kappa Upsilon National Dental Honor Society for outstanding academic achievement and outstanding character. I also was awarded The Southern Academy of Prosthodontics Award and the American Academy of Implant Dentistry Award. No other graduating senior was awarded those two awards. The top 10% of the class was awarded the Honor Society Award. While attending Nova Southeastern University, I was a member of the American Student Dental Association.

During the four years, my junior year and then senior year, I was fortunate enough to be selected to go on a medical mission in Jamaica, which not only was an honor for me, but also gave me an opportunity to give back to those in need and also to further my skills and knowledge of dentistry by performing on patients in Jamaica. As one of twenty dental students specially selected for this medical mission, I preformed over 100 surgical and non-surgical dental extractions for the under served population of Jamaica, for each of two consecutive years. The second year I was the Trip Group Leader and was responsible for ordering, organizing and consolidating dental supplies in order to prepare for the trip.

I also assisted and instructed third year students on proper extraction techniques, injection techniques, and overall patient care. I also participated in the “Give Kids A Smile” program in 2007, volunteering as student dentist to provide dentistry to disadvantaged children. 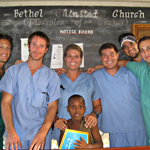 I count myself lucky to have been mentored by Dr. Michael Radu, he’s in Boca Raton, Florida. I met him in my junior year of dentistry and he kind of took me under his wing. I would go to his office when I wasn’t in school and when I wasn’t studying. I would go to his office and watch him perform certain procedures, usually more elaborate, complex reconstructive procedures, because that’s what I was most interested in.

Also, Dr. Nilo Hernandez , who I now have the pleasure of working with. He works in my office. He and I work hand in hand. I met him because my partner and I were interested in his practice, so we purchased his practice and kind of funneled him into our existing practice. So, we’ve been working together for some time now and he’s just fantastic. He’s a great mentor.

Then, once I graduated I stayed here in South Florida and I started practicing. I practiced up in Tamarac, Florida for a year, and then I moved down to Coral Gables where I opened a practice. I am currently a member of the American Dental Education Association as well as the South Florida District Dental Association.

As part of my continuing education, I have been awarded a Fellowship by the International Congress of Oral Implantologists, Have undergone Nitrous Gas Conscious Sedation Training, Advanced Cardiac Life Support, a Certified Invisalign Provider, and have countless hours of continuing education in Soft Tissue Management and Implant Dentistry courses. Always keeping up with current technology and techniques to offer my patients the best treatment possible.

2008 The Southern Academy of Prosthodontics Award
Nova Southeastern University; Presented to the graduating student who has demonstrated outstanding ability in the area of prosthodontics.

2008 American Academy of Implant Dentistry Award
Nova Southeastern University; Presented to the graduating student who has demonstrated the most interest, both academically and clinically, in implant dentistry.

Fellowship awarded by the International Congress of Oral Implantologists